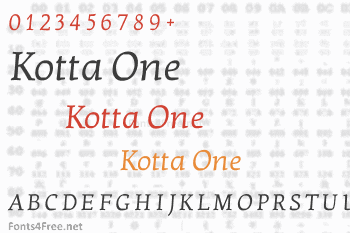 Kotta One is a new and unusual text typeface that mixes the characteristics of an italic with legibility of a roman. Kotta uses a true calligraphic construction, with a structure based on a real italic hand, not simple mechanical slanted forms.

Like Renaissance typefaces it is an independent style, not merely an accompaniment for a roman. Kotta One is also a modern style, angular and geometric, exploring the ideas of American typographer Williams Addison Dwiggins and his M-Formula. Sharp lines and strong horizontal strokes give it a rhythm that reads well in long texts. 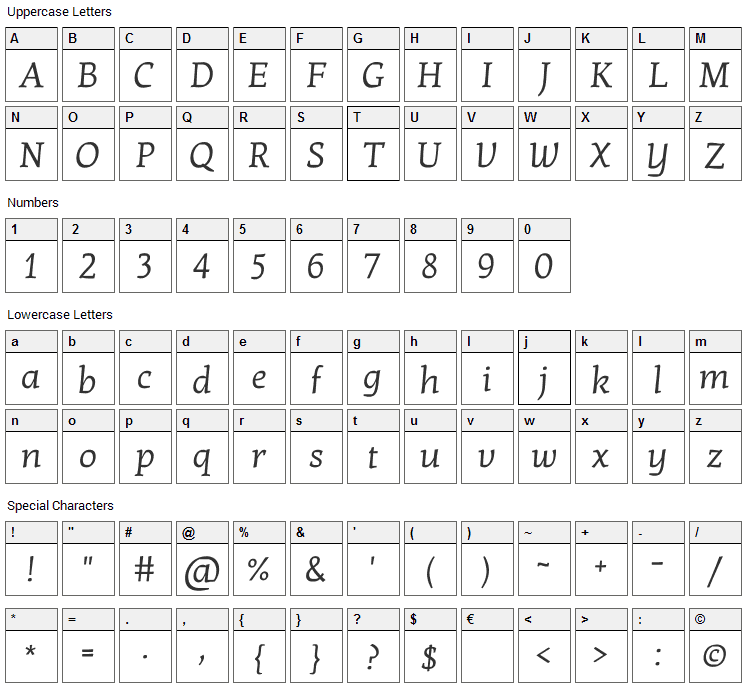 COMMENTS & QUESTIONS ABOUT KOTTA ONE FONT

Kotta One is a basic, serif font designed by Ania Kruk. The font is licensed under SIL Open Font License. The font is free for both personel and commercial usages, modification and distribution. In doubt please refer to the readme file in the font package or contact the designer directly from plus.google.com. 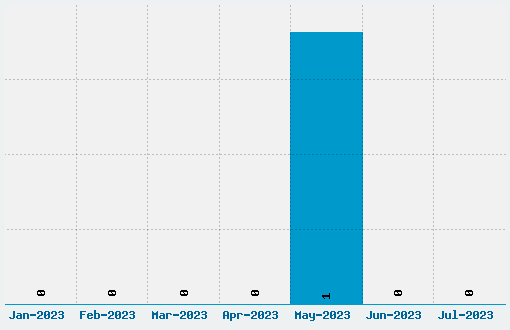