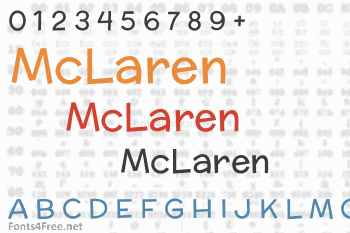 The McLaren typeface was created to act as a generic go-to comic style lettering. It has simple clean letterforms with a mild bounce and offbeat quality to it without going too far.

It is cleanly legible for small bursts of copy to larger bodies of text, perfect for books for children, comics, and anything requiring a mildly playful yet clearly readable font. 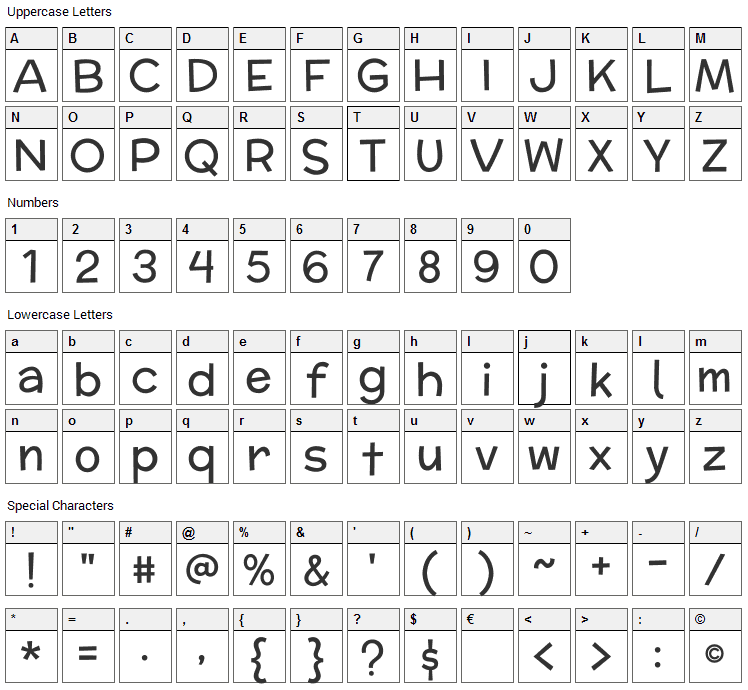 Submit a comment, question or review about McLaren font

McLaren is a fancy, cartoon font designed by Astigmatic. The font is licensed under SIL Open Font License. The font is free for both personel and commercial usages, modification and distribution. In doubt please refer to the readme file in the font package or contact the designer directly from astigmatic.com.

McLaren font has been rated 5.0 out of 5 points. A total of 1 votes cast and 0 users reviewed the font. 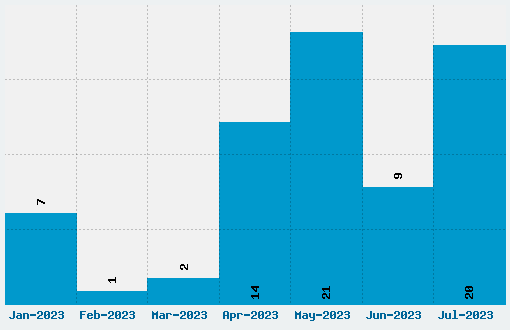