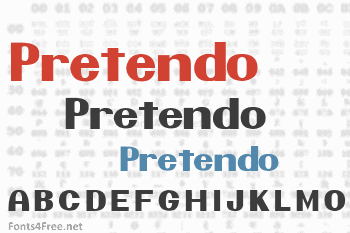 For those of you who saw the Pretendo (Nintendo) Font spread throughout the web, just to note that I actually created it, and was my very first font too. During the time, I used mostly Font Creator Program for it and some of an older version for Fontlab too. But sadly, it looked nothing like what the Nintendo looked like, but I posted it anyways. Now, now that I have Illustrator and have good skills apon it, I was able to remake the font to look a little bit better than the first version. Enjoy this new font. 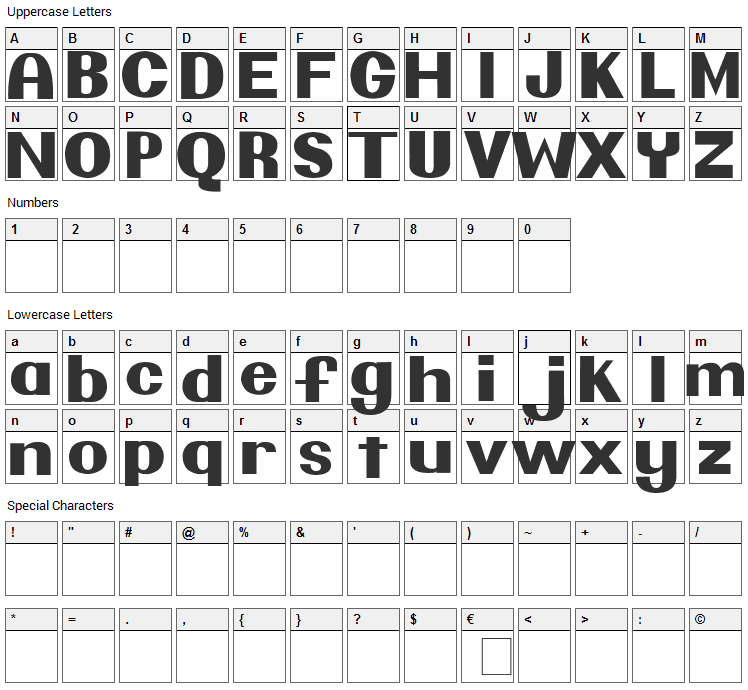 Submit a comment, question or review about Pretendo font

Pretendo also known as Nintendo font is a fancy, various font designed by Jackster3000. The font is licensed as Free. The font is free for both personel and commercial usages. In doubt please refer to the readme file in the font package or contact the designer directly from jackster3000.deviantart.com.

Pretendo font has been rated 4.7 out of 5 points. A total of 9 votes cast and 0 users reviewed the font. 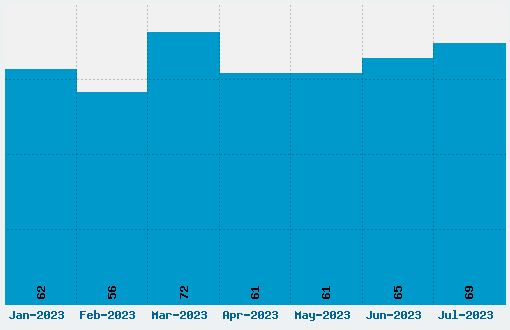