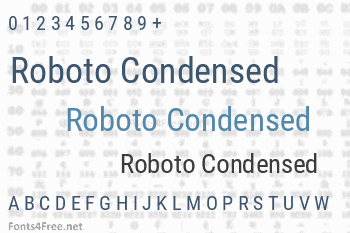 Roboto has a dual nature. It has a mechanical skeleton and the forms are largely geometric. At the same time, the font features friendly and open curves. While some grotesks distort their letterforms to force a rigid rhythm, Roboto doesn’t compromise, allowing letters to be settled into their natural width. This makes for a more natural reading rhythm more commonly found in humanist and serif types.

This is the Condensed family, which can be used alongside the normal Roboto family and the Roboto Slab family. 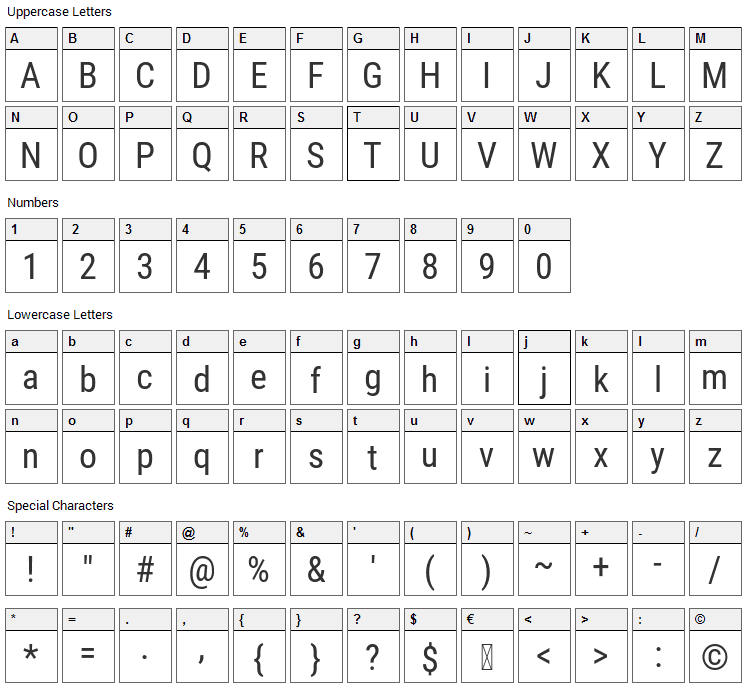 Submit a comment, question or review about Roboto Condensed font

Roboto Condensed is a basic, sans-serif font designed by Christian Robertson. The font is licensed under Apache License. The font is free for both personel and commercial usages, modification and distribution. In doubt please refer to the readme file in the font package or contact the designer directly from plus.google.com.

Roboto Condensed font has been rated 5.0 out of 5 points. A total of 1 votes cast and 0 users reviewed the font. 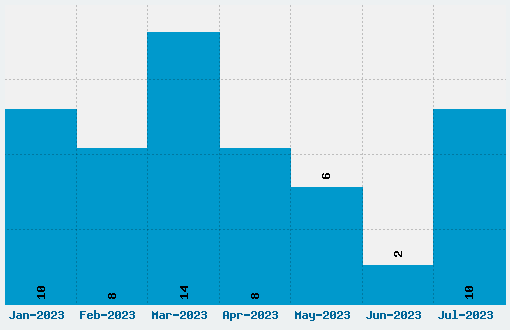