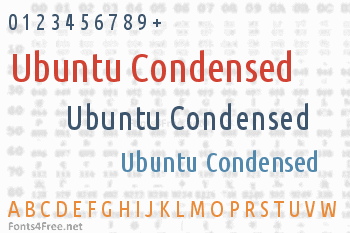 The Ubuntu Font Family are a set of matching new libre/open fonts in development during 2010-2011. The development is being funded by Canonical Ltd on behalf the wider Free Software community and the Ubuntu project. The technical font design work and implementation is being undertaken by Dalton Maag.

Both the final font Truetype/OpenType files and the design files used to produce the font family are distributed under an open licence and you are expressly encouraged to experiment, modify, share and improve.

The new Ubuntu Font Family was started to enable the personality of Ubuntu to be seen and felt in every menu, button and dialog. The typeface is sans-serif, uses OpenType features and is manually hinted for clarity on desktop and mobile computing screens.

Ubuntu and Canonical are registered trademarks of Canonical Ltd. 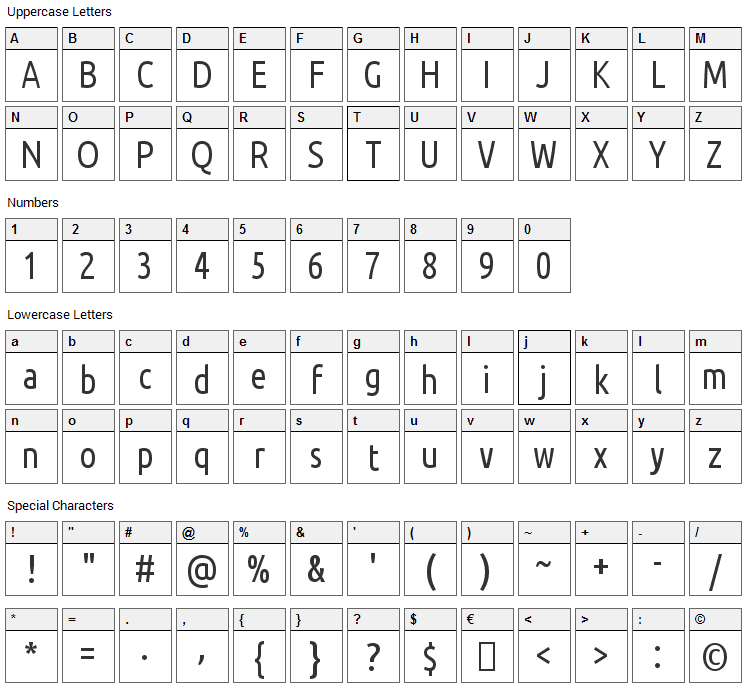 Submit a comment, question or review about Ubuntu Condensed font

Ubuntu Condensed is a basic, sans-serif font designed by Dalton Maag. The font is licensed under Apache License. The font is free for both personel and commercial usages, modification and distribution. In doubt please refer to the readme file in the font package or contact the designer directly from daltonmaag.com. 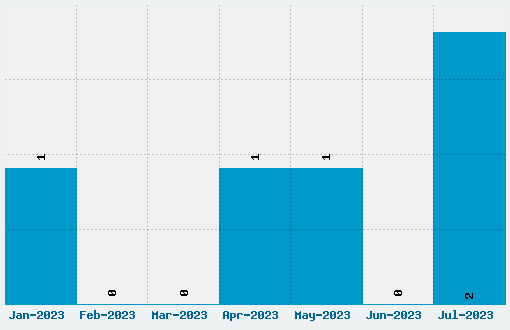