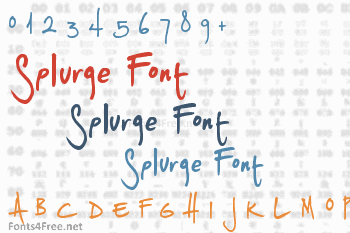 Splurge was created by moi, l'Abecedarienne, in 1994. It contains a full set of accents and symbols (except scientific). It is based directly on my casual writing in Sharpie pen. It is a rough font, not fine-tuned for text; this is intended to retain a sense of handwriting. I recommend using Splurge at larger point sizes for short lines of text and do avoid setting with it in all capital letters (blech). I later tuned it up a little and added a bold weight but... it was my first font and only an experiment, so don't expect much. 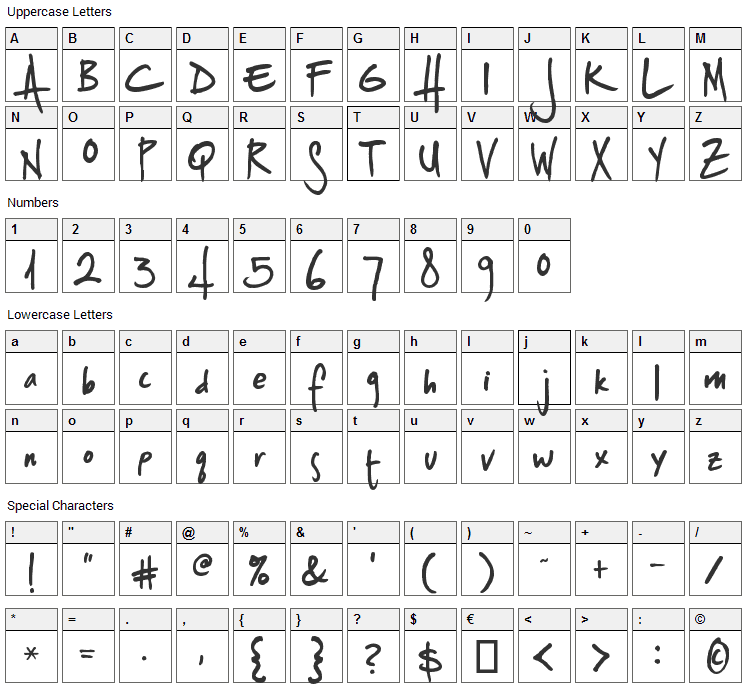 Submit a comment, question or review about Splurge font

Splurge is a script, handwritten font designed by LAbecedarienne. The font is licensed as Free. The font is free for both personel and commercial usages. In doubt please refer to the readme file in the font package or contact the designer directly from abecedarienne.com.

Splurge font has been rated 5.0 out of 5 points. A total of 1 votes cast and 0 users reviewed the font. 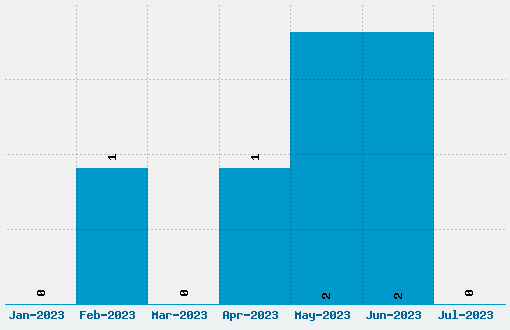