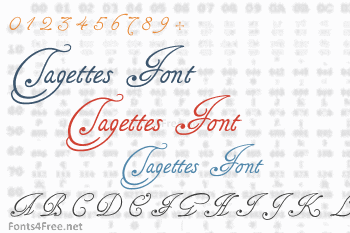 The Tagettes fonts are the type of Italian chancery writing of the 16th and 17th century that is mostly called Cancellaresca, and were developped out of a page of samples created by the French writing master Louis Barbedor around 1650.

Both fonts are matching -- on my computer at least --, and you should therefore have no difficulties in getting your texts to look more swashed by selecting some letters and having them displayed as the alternate glyphs.

As usual, there is no number sign in these fonts, and you'll find a long s in its place.

TagettesPlus contains neither figures nor punctuation marks, nor composite charcters, and its set of upper case glyphs is identical with that of the main font. Its lower case letters are the alternate ones. They are mostly swashed, but you'll find a simple f and g there, too, as well as two less space-taking ys. 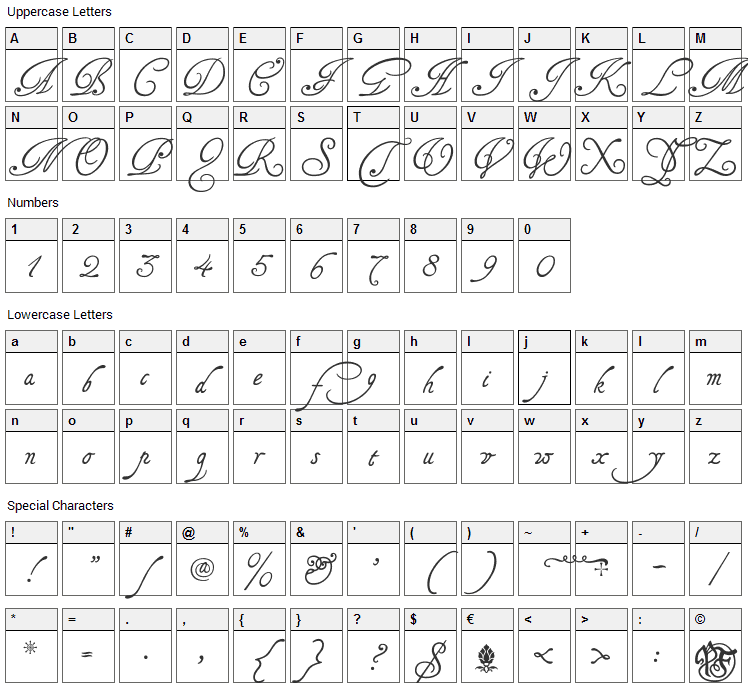 Submit a comment, question or review about Tagettes font

Tagettes is a script, calligraphy font designed by Pia Frauss. The font is licensed as Free for personal use. You can download and use the font free for personal projects. For commercial projects please refer to the license file in the package or contact the designer directly from pia-frauss.de. 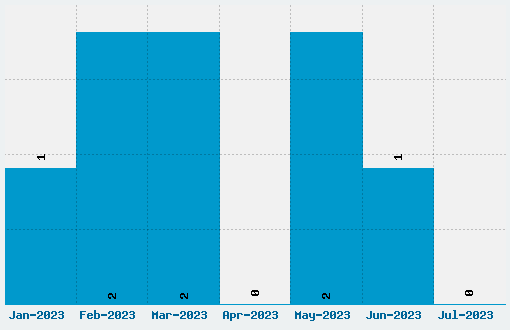