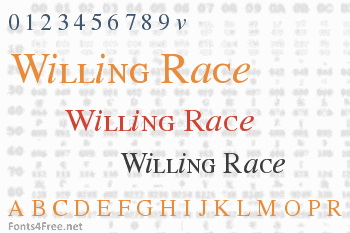 Willing Race is my adaptation of the opening credits of the TV show Will & Grace, originally designed by Number Seventeen. Like those, I’ve mixed large and small caps with roman and italic lowercase, all based on Times Roman. There are alternates of each x-height character for nearly infinite variation.

As suggested by Sara, I have added a more accurate (to the show credits) engraved “Modern” style ampersand. 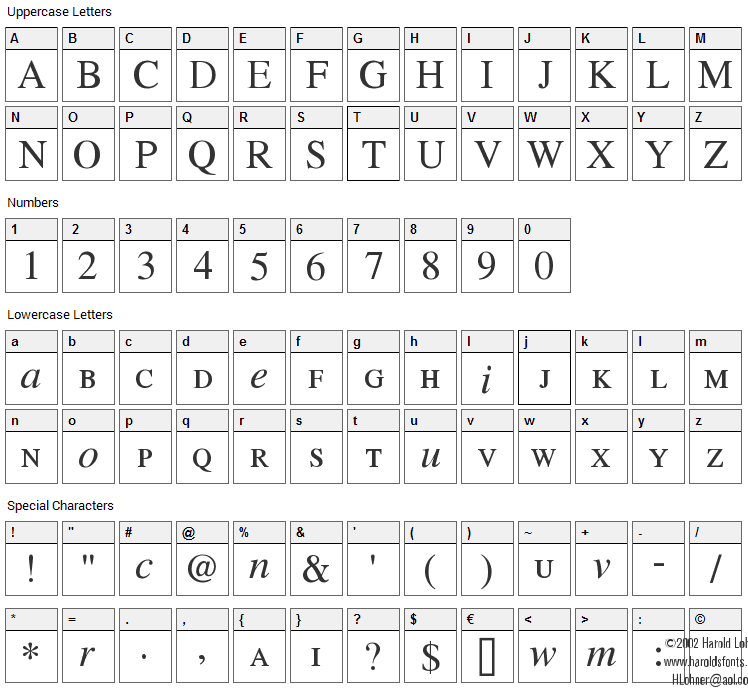 Submit a comment, question or review about Willing Race font

Willing Race also known as Will & Grace font is a basic, various font designed by Harolds Fonts. The font is licensed as Free. The font is free for both personel and commercial usages. In doubt please refer to the readme file in the font package or contact the designer directly from haroldsfonts.com. 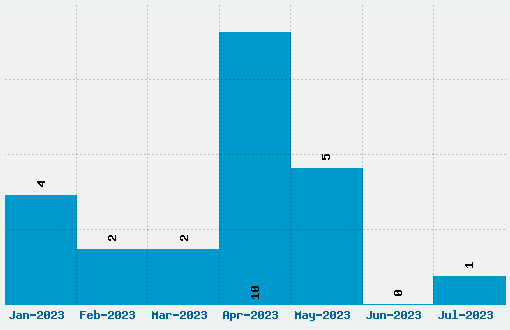