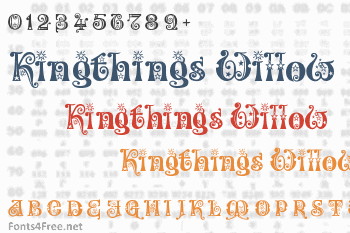 I made a font for Xander and one for Spike, Buffy has her own (available on the web and called Buffied), So I thought it was time I made one for the Character Willow. If all this means nothing to you, I am a Buffy the vampire slayer fan... 'Nuff said I think.

These fonts are both the same - with embellishments in Willow, making it possible to use both the fonts without complete madness setting in. They were originally designed to look like a sheaf of willow wands - it was all a bit too much so I formalised them to these simpler forms 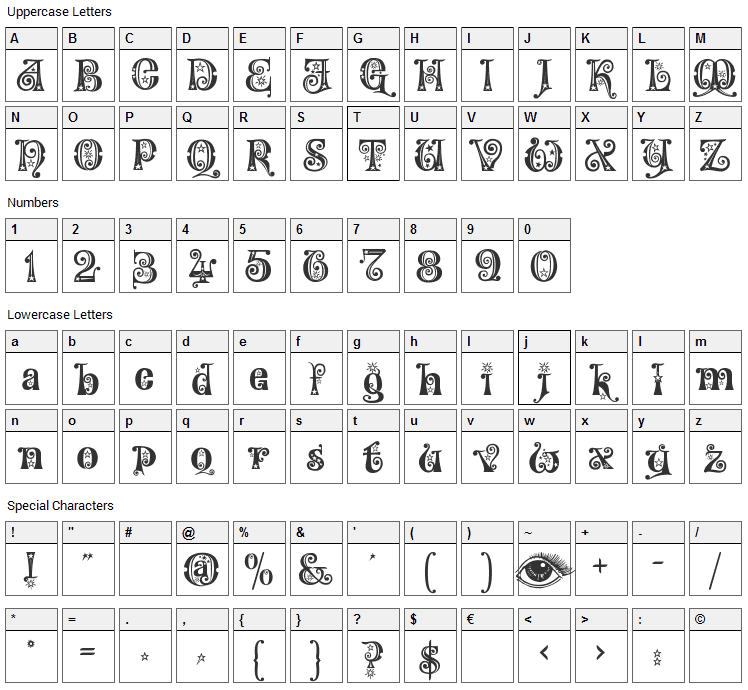 Submit a comment, question or review about Kingthings Willow font

Kingthings Willow is a fancy, decorative font designed by Kingthings. The font is licensed as Free. The font is free for both personel and commercial usages. In doubt please refer to the readme file in the font package or contact the designer directly from kingthingsfonts.co.uk. 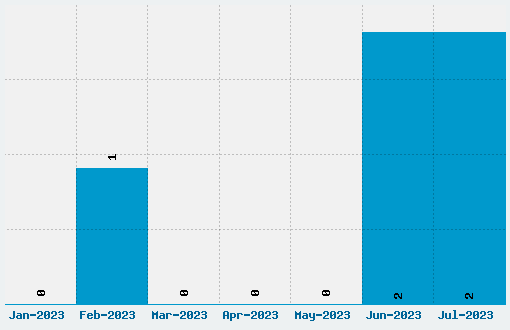