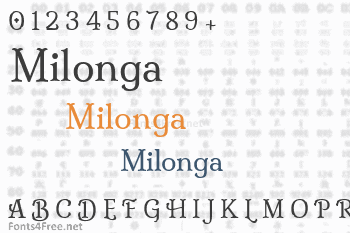 Milonga is a Font inspired on “tangueros” art. This is a tribute to the “rioplatense” culture, so colored, full of love and hate, family, friends and enemies stories told in countless Tangos and Milongas (folk music genre from Argentina). This graceful, flowing and rhythmic font is formed by graphic elements found in a kind of classic painting from this area called “fileteado porteño”; with terminations involving petals, round and pointy details.

Milonga is useful for headlines, where the characteristics of the font are highlighted. 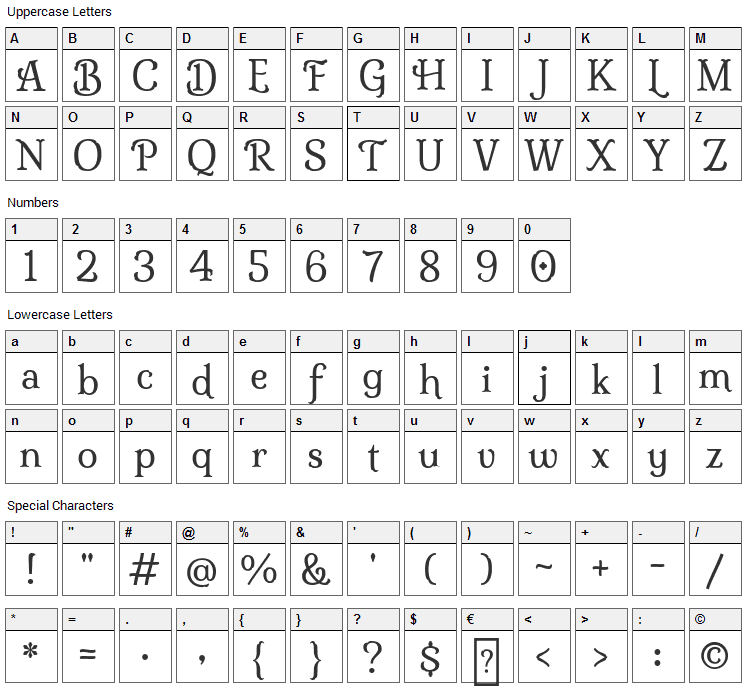 Milonga is a basic, various font designed by Impallari Type. The font is licensed under SIL Open Font License. The font is free for both personel and commercial usages, modification and distribution. In doubt please refer to the readme file in the font package or contact the designer directly from plus.google.com.

Milonga font has been rated 5.0 out of 5 points. A total of 3 votes cast and 0 users reviewed the font. 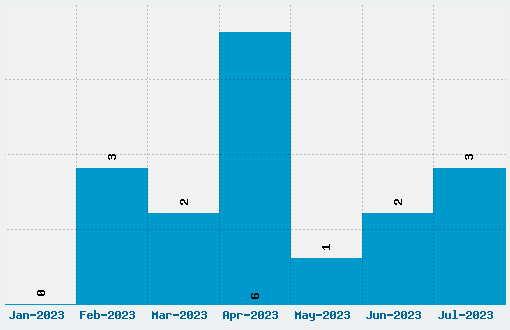