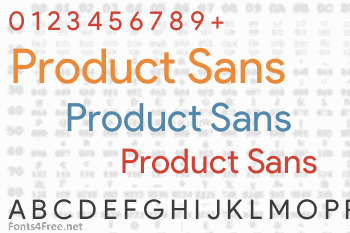 Product Sans is a geometric sans-serif typeface created by Google for branding purposes. It replaced the old Google logo on September 1, 2015. As Google's branding was becoming more apparent on a multitude of devices, Google sought to adapt its design so that its logo could be portrayed in constrained spaces and remain consistent for its users across platforms. A size-optimized version of Product Sans, called Google Sans, is also used as the display font of Google's customized and adapted version of Material Design, Google Material Theme. 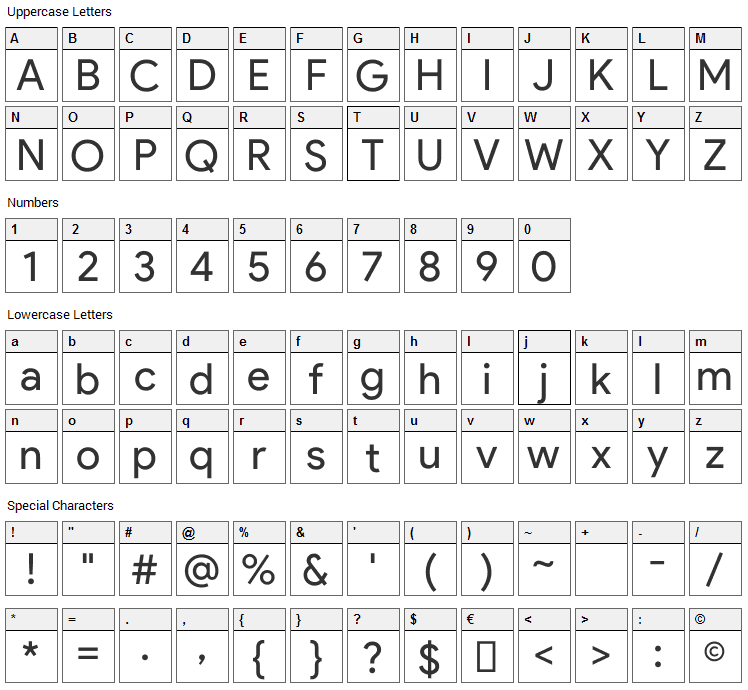 Submit a comment, question or review about Product Sans font

Product Sans is a basic, sans-serif font designed by Google. The font is licensed as Free for personal use. You can download and use the font free for personal projects. For commercial projects please refer to the license file in the package or contact the designer directly from code.google.com.

Product Sans font has been rated 4.0 out of 5 points. A total of 4 votes cast and 0 users reviewed the font. 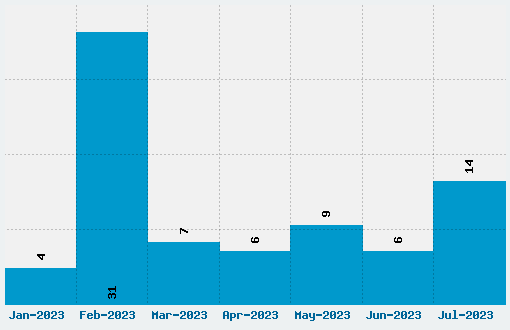