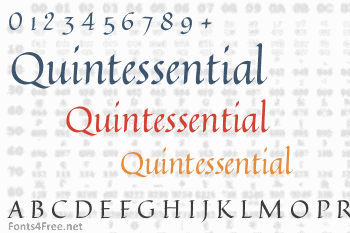 The Quintessential typeface is a calligraphic lettering style based on the Italic Hand. As speed became more essential in writing hands, styles became less formal and more relaxed. Classic, clean, and casual, Quintessential fits a lot of design uses - hence its name. 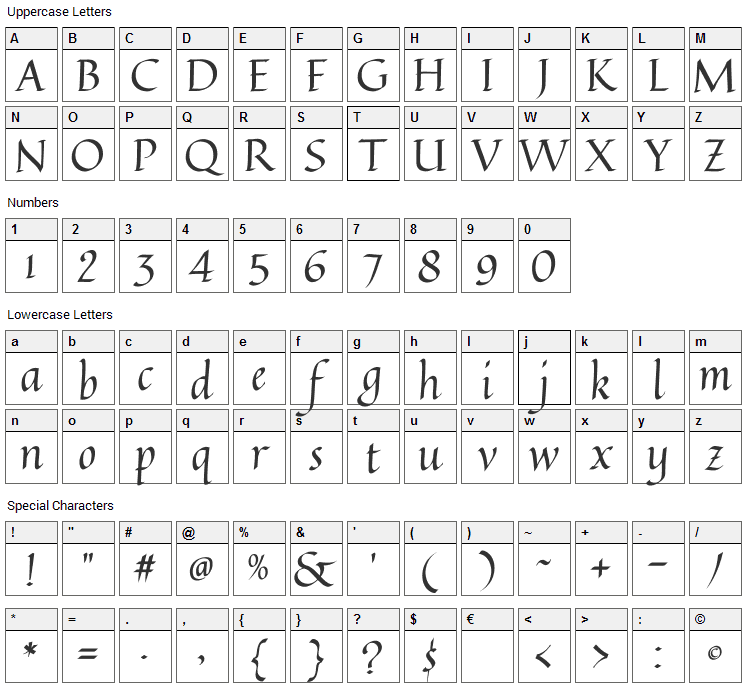 Submit a comment, question or review about Quintessential font

Quintessential is a script, calligraphy font designed by Astigmatic. The font is licensed under SIL Open Font License. The font is free for both personel and commercial usages, modification and distribution. In doubt please refer to the readme file in the font package or contact the designer directly from astigmatic.com.

Quintessential font has been rated 5.0 out of 5 points. A total of 1 votes cast and 0 users reviewed the font. 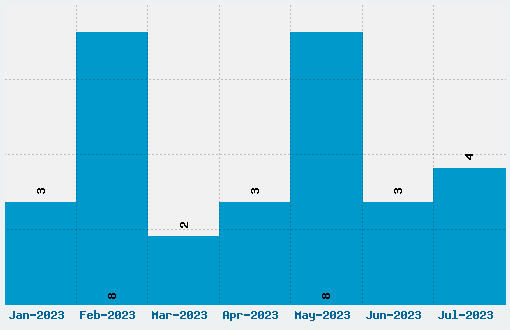