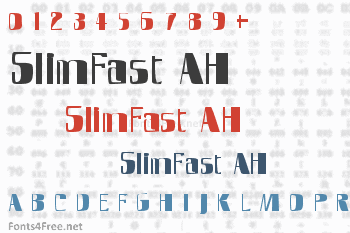 Slimfast AH is Fontgrubes first contribution to what is sometimes called "experimental typography". The characters are extremely distorted, slim on the left and fat on the right, such as in a process of fast slimming. It was not made for any serious purpose and is now capering through the net, wild, playful and untameable. If you succeed in persuading this creature to do any purposeful work for you, be it personal or commercial, go ahead. This font is wild and free. If you manage you can have it do what you want. But should you catch and display it in your online zoo of fonts, mind the rules for giving away its children in the license section. 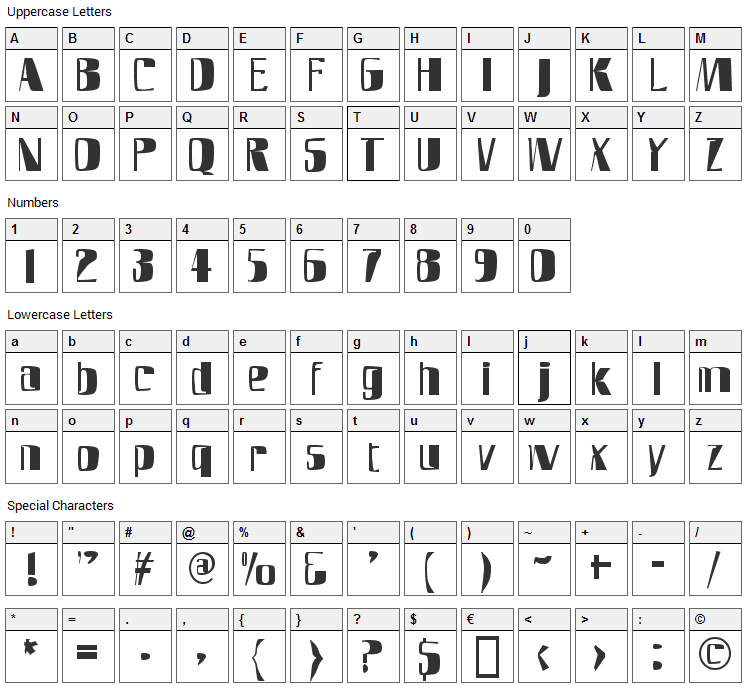 SlimFast AH is a fancy, various font designed by FontGrube AH. The font is licensed as Free. The font is free for both personel and commercial usages. In doubt please refer to the readme file in the font package or contact the designer directly from fontgrube.de.