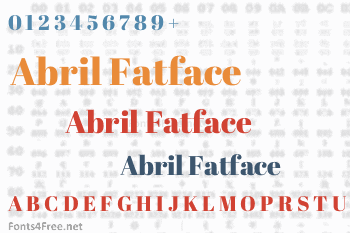 Abril Fatface is part of a bigger type family system, Abril, which includes 18 styles for all Display and Text uses. The titling weights are a contemporary revamp of classic Didone styles, display both neutrality and strong presence on the page to attract reader attention with measured tension by its curves, good color and high contrast.

Abril Fatface in particular is inspired by the heavy titling fonts used in advertising posters in 19th century Britain and France. The thin serifs and clean curves lend the typeface a refined touch that give any headline an elegant appearance. The Extended Latin character set supports over 50 languages, including those from Central and Northern Europe.

Abril is designed by TypeTogether - Veronika Burian & José Scaglione. The additional weights of Abril can be seen at www.type-together.com/Abril 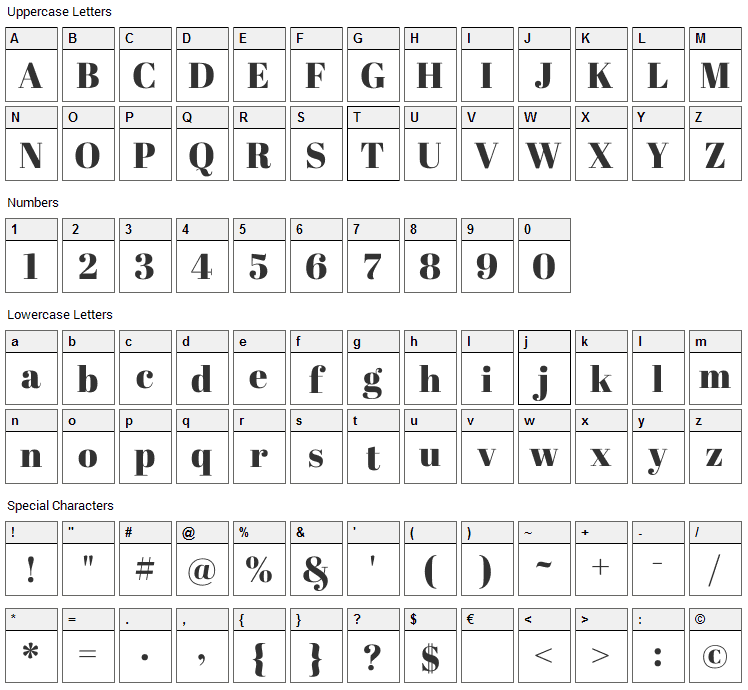 Abril Fatface is a basic, serif font designed by TypeTogether. The font is licensed under SIL Open Font License. The font is free for both personel and commercial usages, modification and distribution. In doubt please refer to the readme file in the font package or contact the designer directly from profiles.google.com.

Abril Fatface font has been rated 1.5 out of 5 points. A total of 2 votes cast and 0 users reviewed the font. 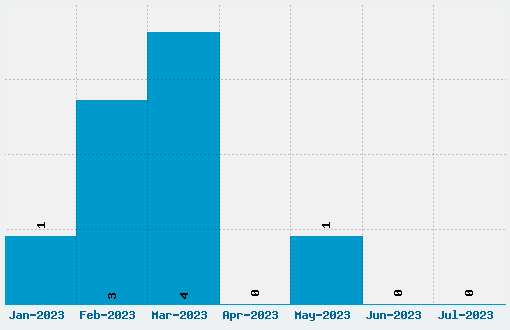