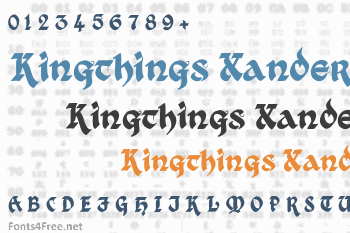 Both are based on a pen built form that I doodled when watching Telly - must say something about my telly choices! These doodles turned into Kingthings Xander and then Anne suggested an outline form because she can't find one she likes - so here it is. It has undergone several changes since then mainly due to email feedback. 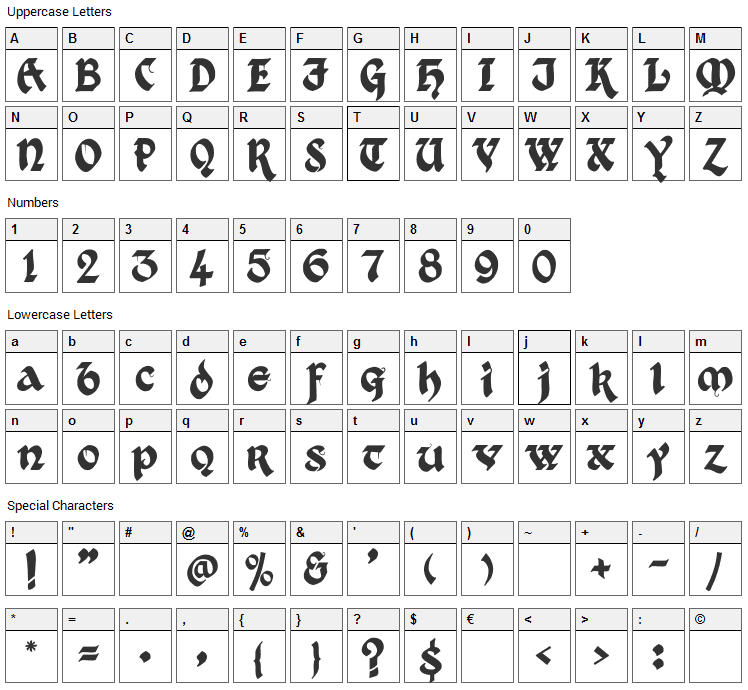 Submit a comment, question or review about Kingthings Xander font

Kingthings Xander is a gothic, various font designed by Kingthings. The font is licensed as Free. The font is free for both personel and commercial usages. In doubt please refer to the readme file in the font package or contact the designer directly from kingthingsfonts.co.uk. 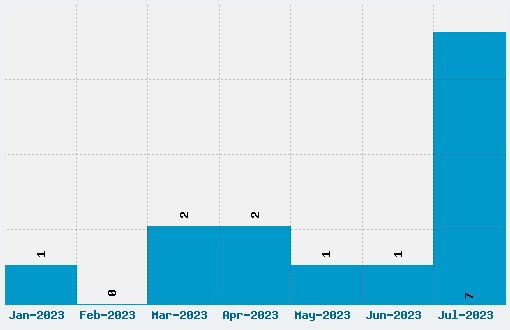