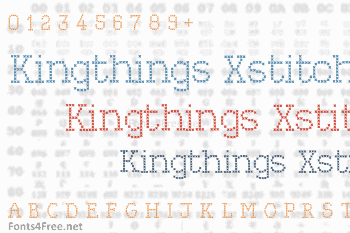 Because I couldn't find one when I wanted one- it doesn't 'work' at small sizes!

I just made this font because I wanted one for a project I was working on and couldn't find one - of course, since then, kind souls have found several for me... Well this one is mine and did what I wanted it for - I do like the Ray Larabie one though... 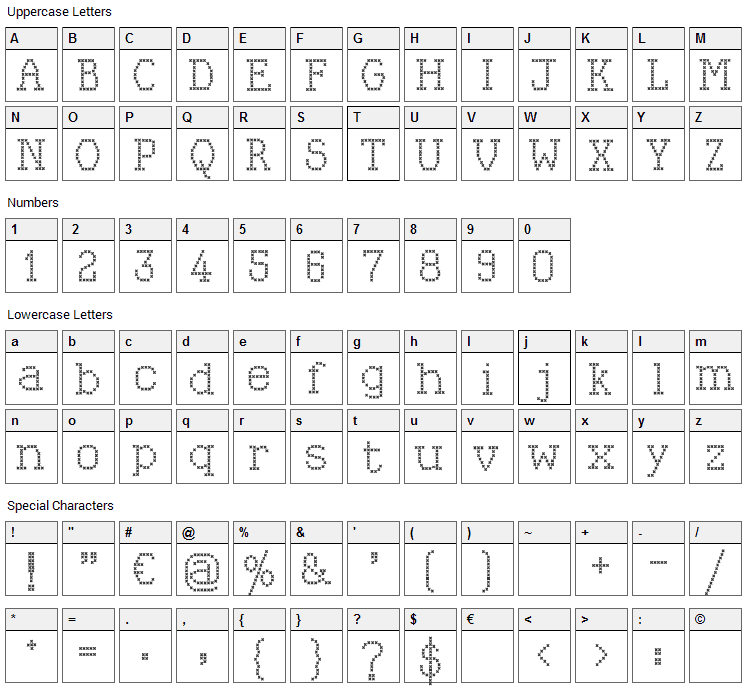 Submit a comment, question or review about Kingthings Xstitch font

Kingthings Xstitch is a fancy, decorative font designed by Kingthings. The font is licensed as Free. The font is free for both personel and commercial usages. In doubt please refer to the readme file in the font package or contact the designer directly from kingthingsfonts.co.uk. 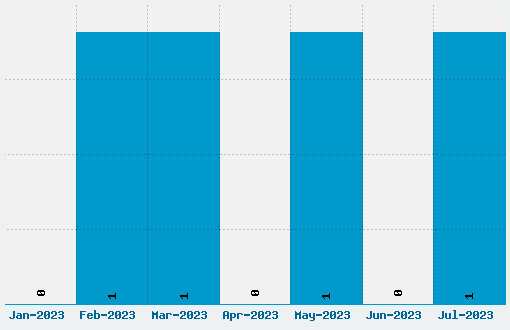