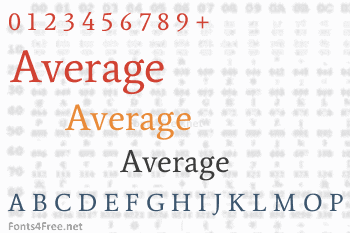 Average is a typeface that emerged from a long process of research into text typeface families from various different historical periods, both classical and contemporary. The idea was to design an average font for use in text, through a lengthy process of shape measurement and data gathering in spreadsheets. This resulted in a series of parameters which could be used by a designer to determine the proportions, color, spacing and other attributes of a typeface. Once the parameters were defined and best values were selected, the forms for the Average Regular typeface were drawn. 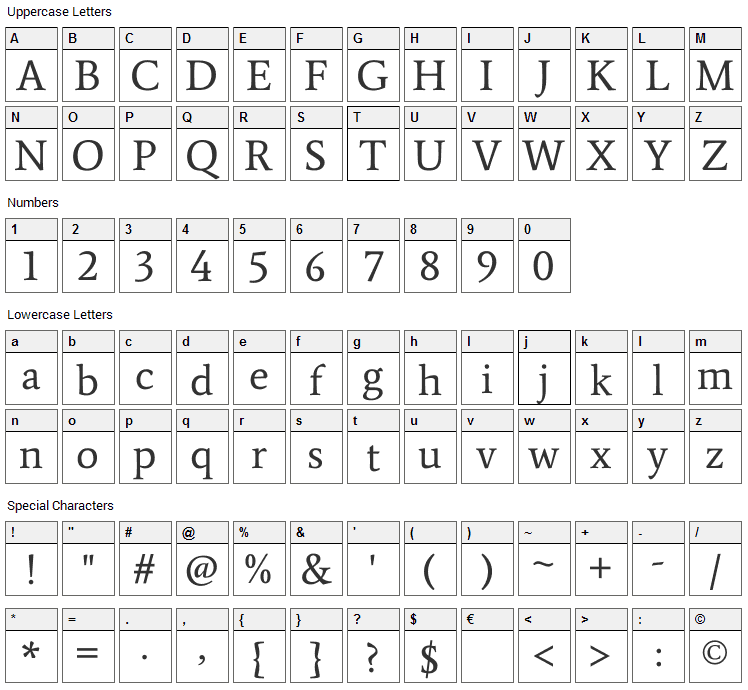 Submit a comment, question or review about Average font

Average is a basic, serif font designed by Eduardo Tunni. The font is licensed under SIL Open Font License. The font is free for both personel and commercial usages, modification and distribution. In doubt please refer to the readme file in the font package or contact the designer directly from profiles.google.com. 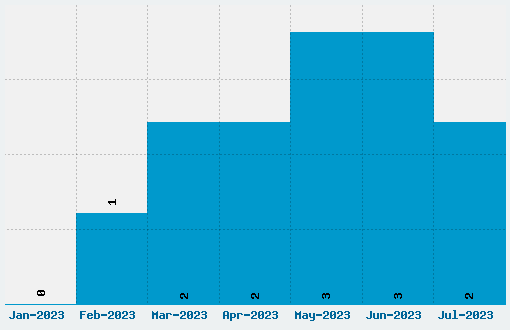