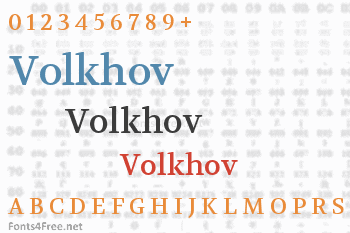 Volkhov is a low-contrast seriffed typeface with a robust character, intended for providing a motivating reading experience.

As a four-weight family it is well-suited for complex text environments being economic and legible, contemporary and prominent. Many of its design solutions relate to this purpose: large open counters, rather short descenders, and brutal asymmetric serifs.

Spacing in Bold is slightly increased compared to the normal weight, because the bold mass is mostly grown inwards. The Italic has a steep angle and a distinctive calligraphically reminiscent character, as a counterpart to the rigorous Regular. 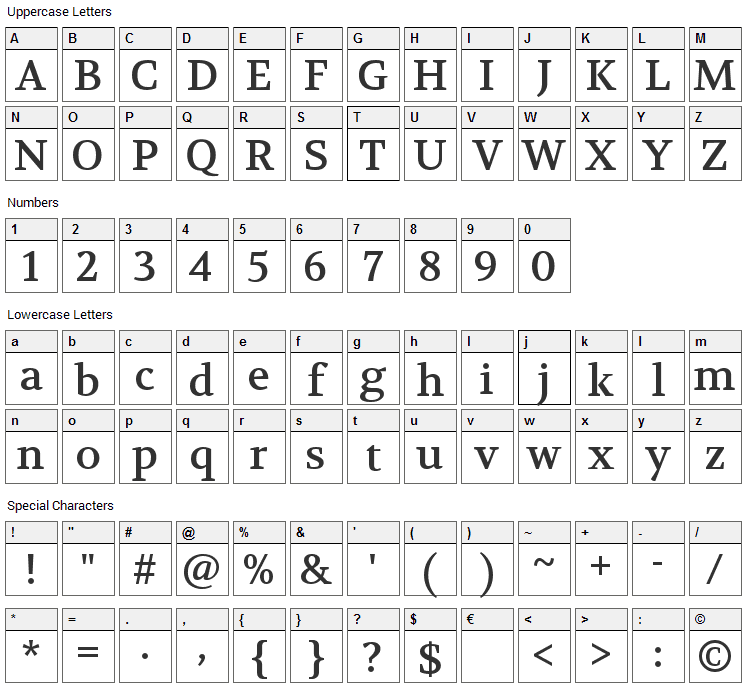 Volkhov is a basic, serif font designed by Cyreal. The font is licensed under SIL Open Font License. The font is free for both personel and commercial usages, modification and distribution. In doubt please refer to the readme file in the font package or contact the designer directly from cyreal.org. 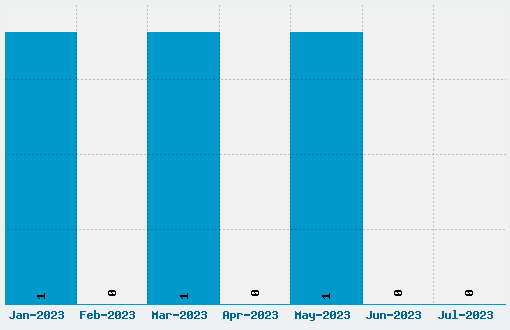